How The Tax Cuts and Jobs Affect You and Your Family 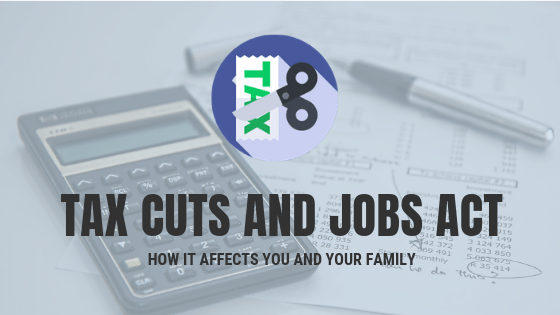 You most likely filed your taxes for 2017 already. So you know that the Tax Cuts and Jobs Act (TCJA) has made a number of changes to the individual tax code that applies to you.

Overall, like many millions of Americans you can look forward to a lower tax bill in the next few years due to a number of provisions and changes including more generous standard deductions and the child tax credit. But those benefits are likely to be temporary, because, with time, you may end up paying a higher tax as a result of the provisions of the new tax law. 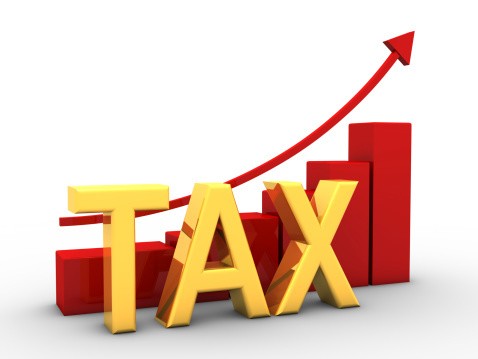 While it is true that over 40 percent of tax cuts are going to those who are in the top 5 percent of the earning scale, there are benefits for middle-income households earning between $49,000-$86000. If that is your household, you are likely to see a $930 tax cut according to the Tax Policy Center, a nonpartisan organization. Families earning between $86,000 and $149,000 can expect an average cut of around $1,810.

You may already be seeing these benefits because IRS has asked companies to adjust the withholdings accordingly going by your W-4 form, by mid-February 2018. You can check and adjust these amounts by referring to the IRS Witholding Calculator in the Individuals section in the IRS website.

Back in March 2018, the AARP published a useful article explaining how the 2018 tax overhaul affects six different households of older tax payers. Some, such as those in high-income tax states may end up paying more beginning April 2019 due to the loss of some useful tax breaks and caps on state and local taxes. You may benefit from other changes, such as the increased standard deduction. But all that depends on your circumstances.

Check out this article. It is a great way to understand how different circumstances combine with itemizing deductions and doubling of standard deductions, and elimination of some tax credits affect you and your family. According to AARP, “over time, some of the benefits of the new tax bill will fade away; experts project that a majority of taxpayers will pay more within 10 years.” 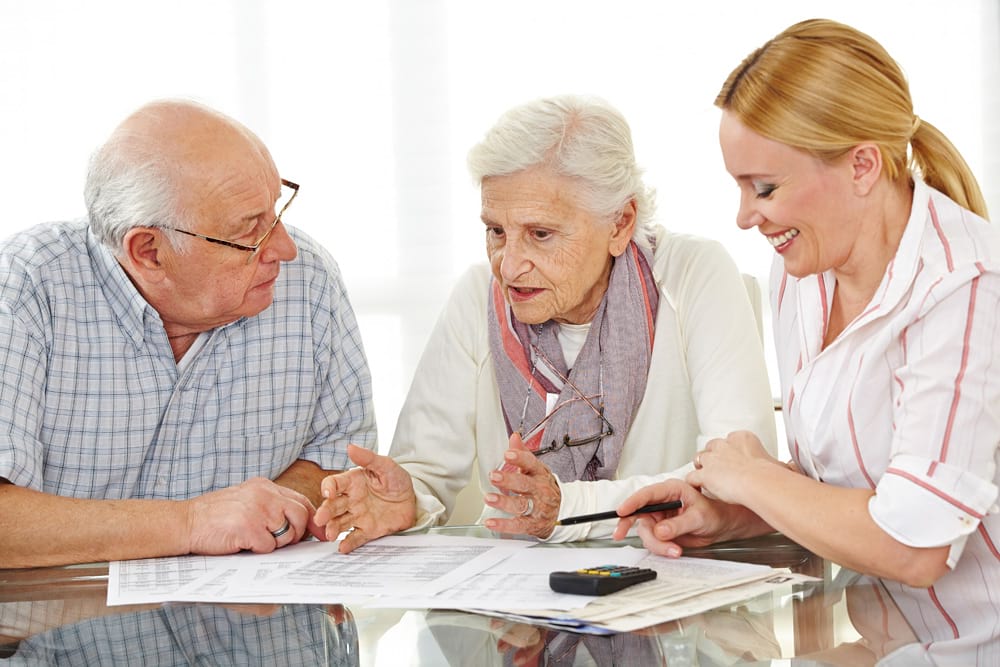 Your loss or gain depends on your circumstances

What circumstances matter? These include the new tax bracket you fall into, your age, the state in which you live and whether you own or rent your home. The filing process is simpler because you are not required to provide itemized deductions, but for some, this will not be a blessing, if their itemized deductions including state and local taxes happen to be high and way above the doubled standard deduction. You may end up with a higher taxable income and tax liability.

Your tax liability depends on your filing status, among other things: As an individual; as married individuals filing joint tax returns or as a surviving spouse; married and filing separately; as a head of household.

The new tax law almost doubles the standard deduction. This is one of the most significant changes from the previous period.

Here are some of the other changes to the tax code from the TCJA and their implications:

Cap on State and Local Taxes

Under the TCJA it truly matters where you live. The State and Local Taxes (SALT) deduction which had the goal of ensuring people are not double taxed at state and local level and then again by the federal government, has been capped at $10,000 with the new tax law.

The biggest impact will be felt by those living in high tax states, including New York.

According to WalletHub, the ten highest tax states in the US this year are New York, Hawaii, Maine, Vermont, Minnesota, Connecticut, Rhode Island, Illinois, New Jersey, and California. Although the majority of U.S. states have tax burdens that fall between 7% and 9% of their average resident’s personal income, in the high tax states this can be as high as 13%. If you are living in these states, you may see an increased tax liability come 2019. 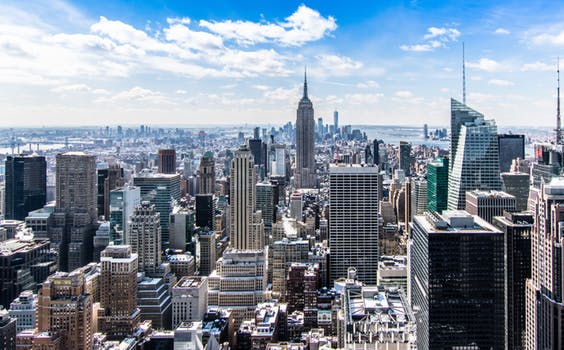 Lawmakers have argued that the doubling of the standard deduction manages to replace personal exemptions. But that is neither true nor that simple. It may result in some families having to bear a larger tax burden, again depending on their circumstances. More generous child tax credits may somewhat offset the burden.

Before the TCJA, the Child Tax Credit (CTC) was worth up to $1,000 for each qualifying child. It was refundable for taxpayers with an earned income of at least $3,000, and was structured to be reduced and phased out for taxpayers with an adjusted gross income above $75,000; and $110,000 for those filing jointly.

Under the TCJA new rules apply. The Child Tax Credit per qualifying child has been increased to $2,000. The age cut-off remains at 17 as before. Your child must have a valid Social Security Number to qualify for the $2,000 CTC.

The refundable portion of the CTC is now limited to $1,400; and will be adjusted for inflation. The new tax law also lowered the earned income threshold for the refundable credit to $2,500. 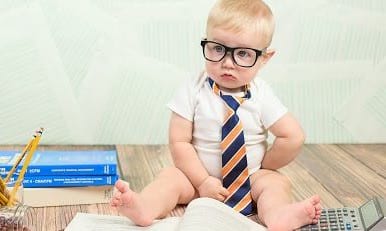 The new tax law generally limits the deductibility of your home equity loan interest on up to $750,000 of debt you took on to get your home.

That is not all. Under the provisions of the TCJA, you cannot deduct the interest on home equity loans you have taken for other purposes such as to pay off your credit card debt or to finance college tuition.

Other deductions you will no longer be allowed to make 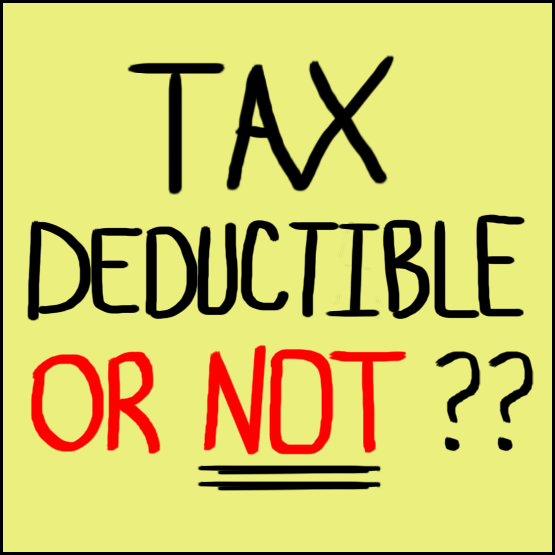 Costs of moving and relocation

Provided you met certain IRS criteria and incurred moving expenses due to either a change in your job or the business location, in the past, you could have made this a deduction to reduce your tax liability. In fact, in 2015 over 1.1 million taxpayers claimed this deduction, saving around $3.7 billion as a result.

The new tax law no longer allows this deduction, which could have been claimed even by those who didn’t itemize their other deductions. There are exemptions for some people, such as for members of the military who are on active duty.

Previously you could have deducted costs for job-related expenses such as unreimbursed continuing education costs, license fees, compulsory medical tests, clothing, tools, and equipment. These deductions are no longer valid.

Your employers though can still deduct these costs. Tax advisers recommend asking employers whether they can pitch in for these expenses.

Until the new tax law, you could receive, tax-free, up to $255 per month from your employer towards meeting your parking and transit costs. Employers were fine with that because they could deduct those in filing their taxes. Now that employers are no longer allowed to deduct these reimbursements, expect more employers to give up on the reimbursement of parking and transit costs for their employees.

Earlier, what you’ve paid to get your taxes done or get advice on managing personal finance and investments could have been deduced together with other miscellaneous deduction to the extent that their total topped two percent of your adjusted gross income. These deductions are no longer available.

Whether you believe in global warming and its adverse effects or not, in these days of news filled with unprecedented wildfires, tornados, floods, landslides, and storm surges, here’s one provision of the TCJA that you have to be aware of. It’s particularly important for the uninsured.

The uninsured losses you incurred on a property due to fires, flood, earthquake or other disasters could be claimed as deductions under the earlier tax law, provided they were greater than ten percent of your AGI; after subtracting $100 for each casualty loss of personal property.

The new tax law makes these deductions allowable only for property damages that are incurred in areas subject to a presidential declaration as a disaster area.

Tickets to athletic events coming from donations to colleges

The new tax law takes some fun out of life too. Previously you could deduct your entire donation to colleges and feel thankful for the free tickets. No more. Now you must reduce the value of the donation from the value of the tickets you get.

We invite you to contact us at Long Island Tax and Planning if you need more information about the information given in this article, or in general about your taxes.

Please see the letter below from the NY State Society

Corporate CFOs have had their hands full this year, accounting

As we near year end, it’s time to take a

To learn more about Sound Accounting contact us at 631.675.0967 to speak with a representative.